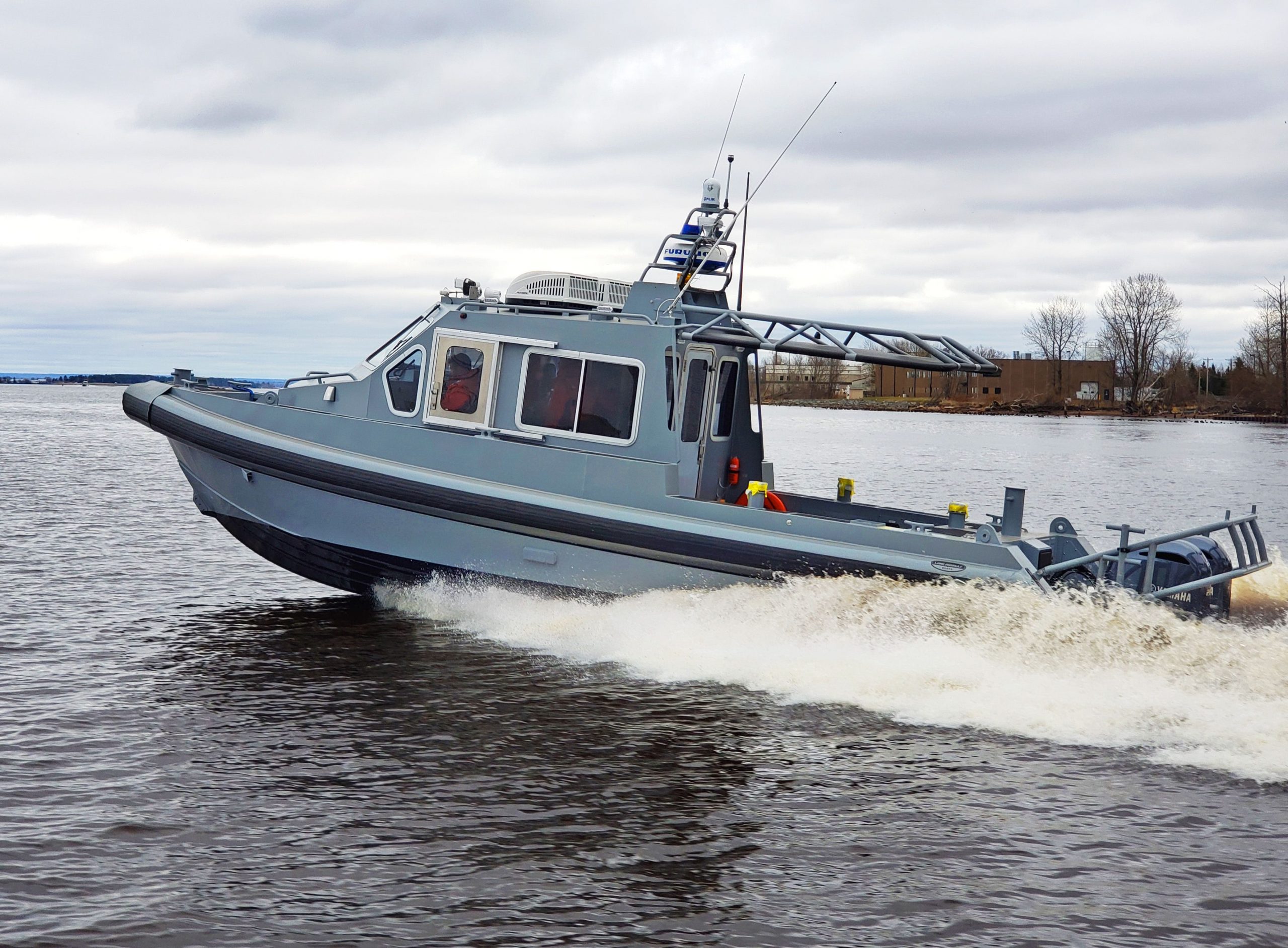 Lake Assault Boats Delivers the First of up to 119 Anti-Terrorism Patrol Craft to the U.S. Navy

SUPERIOR, Wis. (Sep 10, 2021) ¬– Lake Assault Boats, part of Fraser Shipyards and a leading manufacturer of patrol, fire, and rescue craft, has delivered the first of up to 119 Force Protection-Medium (FP-M) patrol boats to the U.S. Navy. The vessels are designed to help secure U.S. Navy ships and personnel against waterborne threats within and outside of U.S. Navy ports around the world. The five-year Indefinite Delivery Indefinite Quantity contract carries a maximum value of $56 million, and subsequent deliveries will be made throughout 2021 and beyond.

The boats play a key role in Anti-Terrorism/Force Protection missions for U.S. Navy Installations, including: patrol, interrogation of other waterborne assets, and escorting large vessels in and out of port. Each of the 33-foot long craft features an aluminum V-hull design (protected by a polyurethane foam collar wrap), a 10-foot beam, a full cuddy cabin, and twin 225-hp outboard motors. The boats are outfitted with four weapon mounts designed to accommodate machine guns up to .50 caliber.

Photo caption: Pictured here is the first Lake Assault Boats Force Protection-Medium (FP-M) patrol craft undergoing Pre-Delivery Inspection and Testing (PDIT) on Lake Superior. The five-year contract includes up to 119 vessels designed to help secure U.S. Navy ships and personnel against waterborne threats in and outside of U.S. Navy ports around the world.