We applaud the courage and skill employed by the Hennepin County Water Patrol to safely resolve this situation. Two vessels, made by Lake Assault Boats were used in the rescue.

Thank you Captain Shane Magnuson of the Hennepin County Sheriff’s Office for the kind words regarding one of the patrol boats.

“Thankfully it outperforms all our expectations.  I doubt there is a better patrol boat anywhere.

I was out in it today and even in the wind it is amazing.  The low profile keeps is outstanding for control at low speeds and they are our driest boat without a full cabin.”

‘It was hell’: Thrown Lake Minnetonka boater recounts outing that could have killed him

A compelling post on Facebook is but the tip of a boating rescue last Saturday on Lake Minnetonka involving good Samaritans, quick-acting Hennepin County Water Patrol deputies and a recovering boater who thought his solo outing gone awry might be his last.

The timing is unmistakable: the dawn of another Minnesota boating season amid mercurial spring weather, while legislation builds to spread boater safety training to some adult operators. And the lesson: Difficulty comes for the most experienced, too, so always be prepared on the water.

Tonka Bay Marina helped level the message this week from its Facebook page when it shared the tale of “Jack D” and his runaway Boston Whaler on Smith’s Bay in Orono. (The water patrol declined to release his name.) 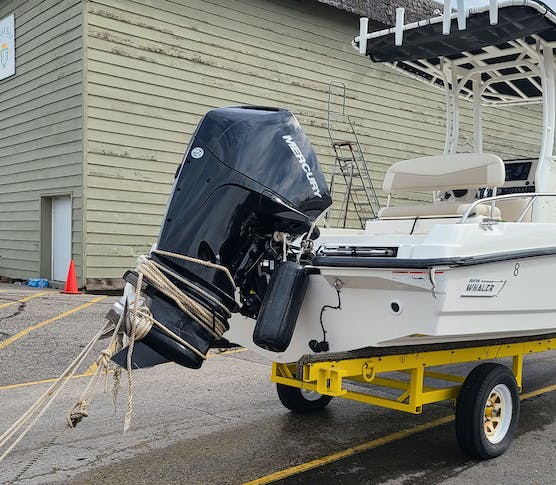 By his account, he is a “well-experienced” boater who in rough conditions made a near-fatal mistake: Forgetting to wear a lanyard connected to an engine kill-switch device.

Personal watercraft users are required by law in Minnesota to use engine cutoff-switch devices. However, users of all boats under 26 feet must use links to kill-switch devices in federal waters, like Lake Superior, the Mississippi River and Lake Mille Lacs.

The boater was running his new 21-foot boat and its 200-horsepower motor April 23 and practicing turns when an already windy morning picked up. He said he made a sharp left at about 35 mph into an unexpected wave. The impact threw him from the boat, which he hit before landing in the water.

“The boat and myself were totally capable of taking on the wave, except I wasn’t holding on good enough. When in bad weather, which I have piloted through countless hours, I situate myself much better. With the quick change of weather I simple [sic] wasn’t in the best position to deal with it.”